An eye cataract starts developing whenever proteins that accumulate in your eye start forming clumps. These clumps inhibit your ability to see properly since no images appear on the retina. If they do, they aren't very clear. The retina is the section of your eye that uses light to form images, which are then sent as signals to your brain through the optic nerve.

At first, the cataract seems like a harmless spot in your eye until it slowly becomes an obstacle for clear vision. Sometimes you'll find that you have developed cataracts in both your eyes. However, they hardly show up simultaneously. Eye cataracts are more common with the older population, usually requiring the intervention of eye surgeons to remove them. And now, for the types.

Nuclear cataracts are the most common type affecting many people in the country. It gets its name from where it starts developing; in the eye's nucleus. This is essentially the center of the human eye. Nuclear sclerotic cataracts have a slow progression, often taking years to develop into more severe complications.

It's interesting how this cataract affects your vision since it brings about "second sight." This enhances your close sight ability so things that are much nearer to you appear more vivid. But this doesn't last very long. Eventually, as the cataract continues to form a layer in your eye, your general vision deteriorates to appoint where vision is almost impossible.

Posterior cataracts often develop from the back of the lens, appearing as a tiny and cloudy block. Eye surgeons refer to it as subscapular since it primarily appears under the lens membrane. This membrane serves as a support structure for the lens, which keeps it lodged in its natural position.

These cataracts also cause glare and shadows, especially when you're in places with high light intensities. They develop relatively fast compared to the other types of cataracts and can be easily identified since they have a much quicker progression.

Cortical cataracts primarily start forming in the eye's cortex, often appearing as a bright wedged structure. They assume a direction pointing towards your eye's nucleus. The primary effect of these cataracts is that they scatter off any light entering your eye. Ultimately, you start experiencing tremendous glare where you can't even drive properly, especially in low light.

Your vision is blurred, and you're unable to distinguish the different shades of color. You can't also correctly estimate the distances between you and specific objects. Highly skilled eye surgeons would recommend that you have it removed before it reaches an advanced stage. 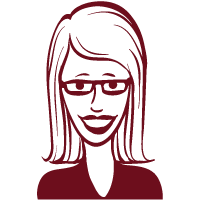 I adore the long, lazy days of summer. Some of my favorite summer pastimes include walking on the beach, grilling hamburgers in my backyard, walking down a country road, and playing with my dog outside. When enjoying these outdoor activities, I need to protect my eyes from the sun’s harmful rays. Therefore, investing in quality sunglasses is crucial. I like to buy classic styles of sunglasses that I can wear for several years. I particularly like to shop for eyewear with large lenses. On this blog, I hope you will discover the best types of glasses and sunglasses for outdoor enthusiasts. Enjoy!